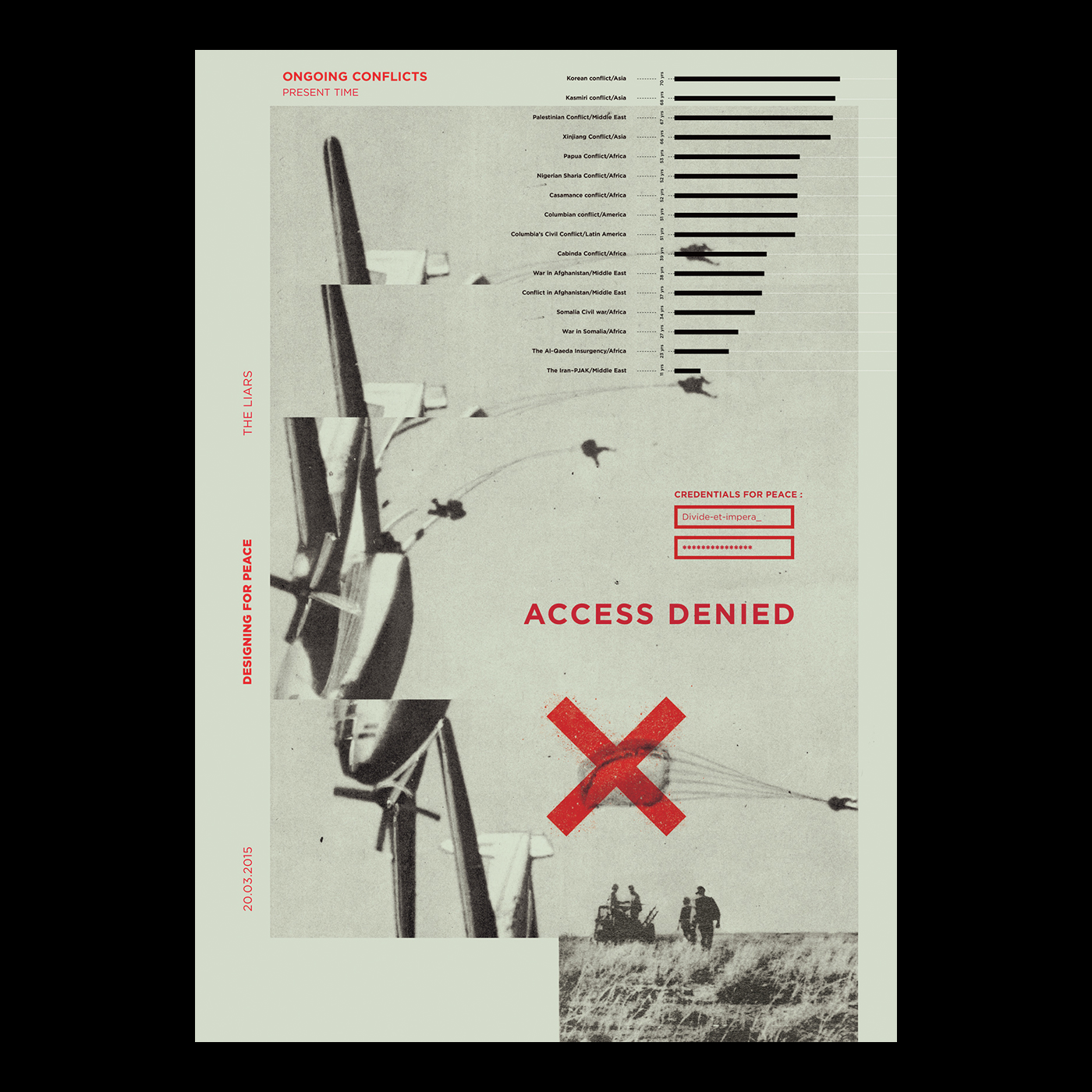 This is a collaboration between fine artist Carla Abrantes and myself. The poster has been designed as a response to the invitation for the exhibition ‘Designing for Peace’, a collaboration about the international initiative ‘Cartooning for Peace’ and the French speaking month. The exhibition was organized by the Cyprus University of Technology’s  Semiotics and Visual Communication Lab, the Language and Graphic Communication Lab of the Department of Multimedia and Graphic Arts and Alliance Française de Limassol. The terrorist attacks that took place on January 2015 at Charlie Hebdo’s headquarters, reminded us that design is on of the most important means of expression and freedom. It has also been recently selected among 106 posters out of more than 2410 entries from 53 countries and exhibited at The international Cyprus Poster Triennial (CPT), in July 2019.

The concept behind this poster is based on the  interpretation of “peace” as a pre-decided privilege. As we look into the continents and countries that have been allowed or not under its grace, we quickly realize it is about political and strategical membership: you are either in or out of the exclusive club.  This membership is decided according to the role of catering for the “big members of influence” .The ones deciding on what and how to destabilize in order to plunge and conquer. The infographics on the poster aim to support this view by quoting the correlation between length of-country-continent of conflict with being an outsider to the “divide et impera” club.